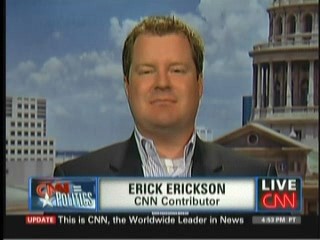 Here we go again. Another sexist conservative pundit makes yet another misogynistic slur against women.

First night of the Vagina Monologues in Charlotte going as expected.

Oh, you know those annoying talking ladies, oh I mean talking vaginas. How silly of me!

Women have repeatedly been objectified, reduced to their body parts and compared to animals (insulting for women while simultaneously demeaning to animals as the analogy intends to dehumanize and objectify them both…but that’s a whole other post) in the media. These types of misogynistic comments seek to shame women and strip away their power. In other words, putting women in their place and reminding them of the patriarchal hierarchy.

My friend Sarah and I saw The Vagina Monologues years ago. I loved it. Now I know it’s highly problematic with its line about a “good rape” (um, no) and its colonial attitudes towards non-Western women. But I found it liberating to hear women onstage discuss their vaginas and their sexuality with candor, anger, sadness, humor and hope — to reclaim their bodies. How ironic that Erickson co-opted feminist activist and playwright Eve’s Ensler’s empowering and groundbreaking play to reduce women to their body parts in order to silence them.

In response to his misogyny, women’s rights group UltraViolet launched a petition to fire Erickson which has garnered over 100,000 signatures. In their petition, UltraViolet states:

“Seriously? He hears powerful, eloquent women talking about crucial issues and that’s his reaction? Perhaps it shouldn’t be that surprising, given his history of insulting women. Earlier this year, he defended Rush Limbaugh’s attacks on Sandra Fluke, saying “her testimony before congress that American taxpayers should subsidize the sexual habits of Georgetown Law School students because, God forbid, they should stop having sex if they cannot afford the pills themselves.”

“He’s got a long history of sexist comments and has gone way too far.”

Wow reducing women to vaginas AND defending Rush Limbaugh’s misogyny. He’s a swell guy. Erickson has notoriously made numerous sexist, racist and homophobic comments calling feminists ugly “Feminazis,” telling women to go back into the kitchen and calling Michelle Obama a “Marxist harpy wife.” Let me get him on speed dial, I want to date him right now.

As Samhita Mukhopadhyay wrote, Erickson “is afraid of ladies that won’t submit to an agenda that destroys every right we’ve earned.” Numerous abortion restrictions, slut-shaming activists, and horrific comments on rape — conservative anti-choicers are obsessed with controlling our vaginas and our reproductive rights. And it’s time the sexist bullshit stopped.

Sure, Erickson can faux apologize. But maybe I’d actually believe him if he didn’t perpetually utter hateful slander.

We’ve got to remain vigilant and keep calling out sexism and misogyny in the media. CNN hired Erickson to have an “ideologically diverse group of political contributors.” But that diversity should not include hate speech. As Sarah Jones writes:

“Firing Erickson won’t get rid of misogyny, but it will send a message that it is not acceptable for serious professionals.”

Misogyny cannot and should not be tolerated. Powerful female leaders deserve respect, not sexist denigration.

For more information on UltraViolet’s petition.