At work the other day, my pregnant co-worker looked up from her computer aghast and cried, “Did you know that Forever 21 has a maternity line?!”  Although women far older than 21 (ahem…me!) certainly shop at the trendy clothing store, women aged 21 and younger comprise the store’s demographic.  While my coworker was bothered by the implications of a teen maternity line, it didn’t really bother me.  The reality is that there are teen moms; why not have clothing to accommodate them?  Or is it harmful and glorifying teen pregnancy?

Some chastised Forever 21 for the launch of its maternity line, called Love 21 Maternity.  According to CNN,

“The chain came under scrutiny when bloggers from the fashion site The Gloss noted last week that the states chosen to carry the line [Arizona, Alaska, California, Utah and Texas] also have high rates for teen pregnancies.  Texas, Arizona and California are among the top 15 states with the highest teen pregnancy rates, according to a report from the Guttmacher Institute, a nonprofit organization that conducts sexual and reproductive health research. California and Texas have the highest number of teen pregnancies, according to Guttmacher.”

“Forever 21 did not create, design or distribute Love 21 Maternity to target, or appeal specifically to pregnant teens. Any relationship between teen pregnancy rates and the locations of our stores is unintentional.”

Now whether or not that’s true, who knows?  I mean, this guy MUST be aware of the fact of the trend of teen moms and how that’s an untapped niche market.  It’s a brilliant marketing campaign when you stop and think about it.  I would respect him more if he just came out and said that’s what they had planned.  But of course the retaliation would probably be even stronger if he did.  But I think it’s nice when stores like Forever 21 or Target offer budget-friendly maternity clothes.  So many maternity clothes cost a fortune and when you consider that you’ll only be wearing them for a few months; it seems ludicrous to spend more than $20 or $30 on a tunic or leggings.  And as I’ve been told, it’s hard to find affordable AND cute maternity clothes.  So is Forever 21 merely innovating or responding to culture?

There’s been a recent surge in pop culture about pregnant teens.  Celebs Bristol Palin and Jamie Lynn Spears received an exorbitant amount of media coverage for their teen pregnancies.  The movie Juno, featuring Ellen Page as a pregnant high school student, was a huge critical darling as well as a crowd-pleaser.  TV shows like Friday Night Lights and Private Practice have dealt with pregnant teens choosing abortions, a rarity as so few TV shows actually depict a character contemplating and then going through with an abortion.  Making the opposite choice, TV shows Glee and Secret Life of the American Teenager showcase unwed teens giving birth and contending with the difficulties of being a teen mom. 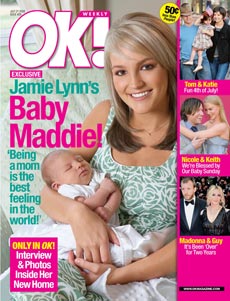 Some might even decry the downfall of our youth with the MTV documentary show 16 and Pregnant and its spin-off Teen Mom idolizing teen pregnancy.  But neither show in any way, shape or form glorifies teen parenthood.  Rather they’re a cautionary tale, warning teens of the difficulties of having to forgo hanging out with friends and put goals like college on the back burner when you have diapers to change and a crying baby to feed.  Having watched them (ah what I do in the name of research), I think these two shows might be the best forms of birth control out there!

Discussing the increase of pregnant teens in pop culture, Will Neville from Advocates for Youth, a D.C.-based nonprofit, said,

However, there are many aspects of teen sexuality that we as a society haven’t discussed or broached.  Neville goes on to say,

“We are acknowledging young people’s sexuality and acknowledging teenage pregnancy.  But there are still vast cultural silences around contraception, around abortion and in some cases about homosexuality, where young people are living lives that are much more nuanced than we are willing to acknowledge.”

A new study released earlier this year, indicated a rise in teen pregnancies and abortions. The recently released results of a survey conducted by the Center for Disease Control found that an increase of female teens employ the rhythm method as birth control.  Many reproductive rights advocates blame the Bush Administration’s penchant for funding abstinence-only education in schools.  Cecile Richards, President of Planned Parenthood, stated,

With hormones raging out of control, teens have sex; always have and probably always will.  Which is one of the reasons abstinence-only education doesn’t work and why we need fantastic comprehensive sex education.  We need to equip teens with accurate information to protect themselves from STDs and pregnancy.  But teen pregnancies don’t just affect the teens involved; they impact future generations as well. 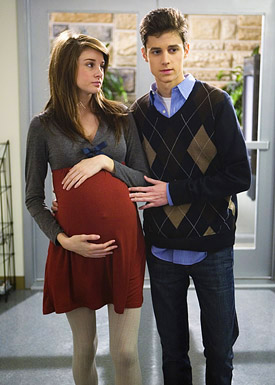 According to the website Stayteen.org, published by the National Campaign to Prevent Teen and Unplanned Pregnancy, here are some disconcerting facts and results of teen pregnancy: 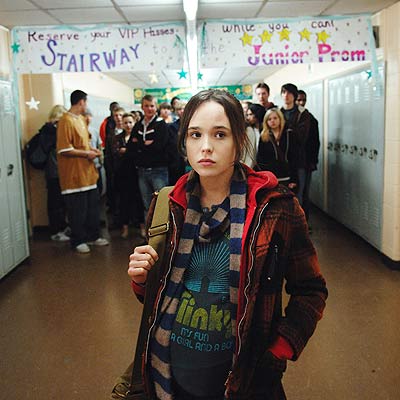 I’ve never understood the apprehension over comprehensive sex education.  I’m also the same person who learned where babies came from at the age of 3 and horrified my father’s mother with this newly discovered information!  Some people freak out as if teaching kids about anatomy and reproduction is going to make them run out and have sex.  Hate to break it to you, if they’re going to do it, they’re going to do so with or without the information, and it’s better if they’re armed with the knowledge of how to protect themselves.

I wonder if the Forever 21 Maternity line makes people uncomfortable because people don’t want to envision teens as potentially sexual beings.  Perhaps thinking about it is a reminder that their own children are growing up, and some parents would prefer to remember their children as young babies rather than budding adults.  Or maybe it’s just a protective reaction.  Whatever the reasons, parents and teachers need to open up the dialogue and equip our youth with sex education.  We need to recognize the reality that teens ARE having sex and ARE having babies.  So female teens might as well look cute if they happen to be wearing maternity clothes anyways.