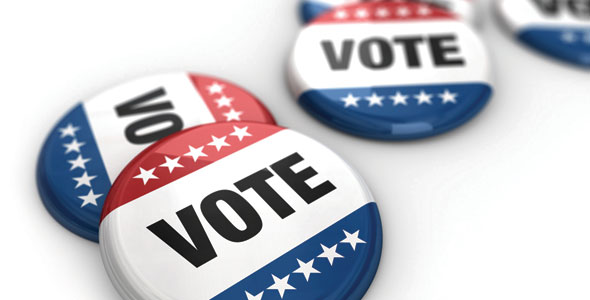 Okay, everyone…it’s that time of year again…time to vote!  I know, I know, I keep harping on the fact that we all need to participate in the political process.  But I strongly believe in the power of choice; choosing our leaders, representatives and laws that govern us shapes our society and our daily lives.  Many people feel disheartened and jaded about politics, that their vote doesn’t matter.  But seriously, it does matter.  When I was an intern at the Massachusetts State House, I witnessed firsthand how the passionate pleas of constituents can inform and at times sway legislators.  We shouldn’t take our freedoms for granted as there are parts of the world where people aren’t allowed to vote or face elections fraught with danger.  Casting your ballot is a powerful way to express yourself; to stand up for what you believe in.

So have I convinced you to vote yet??  Hopefully, I have.  Not sure who to vote for?  I’ve provided some links and resources so you can be prepared when you head to the polls.

As I’ve written previously, 5 Senate candidates want to strip women of their reproductive rights.  If you want to protect a woman’s right to choose, then be sure to vote against Sharron Angle (Nevada), Rand Paul (Kentucky), Ken Buck (Colorado), Joe Miller (Alaska) and Christine O’Donnell (Delaware).  According to NARAL Pro-Choice America, while the Senate is fairly evenly split, there are currently more anti-choice than pro-choice politicians in the House.

If you’re passionate about protecting women’s rights and access to reproductive health care, check out:

If you want to defend civil liberties and LGBT rights, check out:

If you’re passionate about protecting animal rights and curbing animal cruelty, check out:

You can also check out candidates’ voting history at OnTheIssues and at Project Vote Smart as well as take a quiz (and c’mon, who doesn’t like quizzes??) to see which candidates’ stances match your own.

Colorado (Amendment 62): Should the state constitution be amended to define “personhood” as beginning at conception? (This would ban abortion in the state and could make some forms of birth control illegal.)

Arizona (Prop 109), Arkansas (Issue 1), South Carolina (Amendment 1) and Tennessee: Should the right to hunt and fish be added to the state constitution?

Missouri (Prop B): Should large-scale dog breeding be required to provide each dog with sufficient food, clean water, housing, exercise, rest between breeding cycles and veterinary care?  Should puppy mill cruelty be charged as a misdemeanor crime? (For those who don’t know, many dogs are bred in puppy mills, bred until exhaustion, facing cruel and inhumane living conditions.)

North Dakota (Statutory Measure 2): Should the shooting of big game within fenced areas be banned?

California (Prop 21): Should an $18 annual vehicle license surcharge be established to help fund state parks and wildlife programs and grants free admission to all state parks to surcharged vehicles?

California (Prop 23): Should the state’s 2006 Air Pollution Control Law, that mandates reductions in greenhouse gases, be suspended until the state’s unemployment rate drops below 5.5 percent?

Not sure where to vote? Check out: Vote411.org or Google Election Center

Polls are open TODAY, 11/2 from 7am until 8pm in most districts.  You truly do have the power to make a difference.  Make your voice heard…rock your vote!

2 thoughts on “Choose or Lose: Vote Today and Make Your Voice Heard”