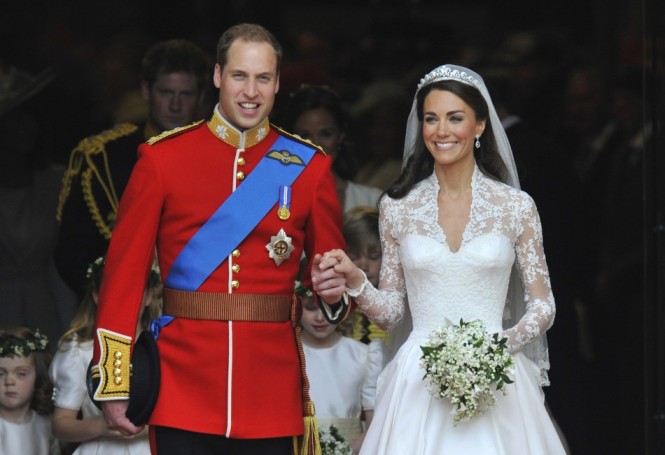 Let me tell you all right now…I am so not a royal wedding watching type of person.  I’m not even sure I want to get married myself.  So imagine my surprise when I woke up at 3am today…all to attend a royal wedding viewing party with a couple of my girlfriends.  Mostly, seeing my friends motivated me (coupled with the sheer novelty of getting up in the middle of the night…pseudo slumber party!).  But I was also intrigued to watch as I pondered what the wedding-palooza says about gender norms.

First off, I gotta admit it was way more fun than I thought it would be.  All the pomp…AND circumstance!  My fave part was watching all the zany yet classy hats…although some of the hats were an absolute hot mess.  Hats, people!  Seriously, I think we need to bring hats back.  It was also great seeing all the people enter Westminster Abbey, filled with excitement over the impending nuptials.  Although I was disappointed I only saw Guy Ritchie, Elton John and the Beckhams…where’s Rowan Atkinson???  (Visions of Four Weddings and a Funeral dance through my head!)  But as I watched, a strange mixture of excitement coupled with pensiveness overcame me.

Weddings are (or of course should be) joyous occasions.  But something kept gnawing away at me.  I mean yes, Kate looked gorgeous and her dress was stunning and elegant, a modern-day Grace Kelly as my fab friend Dede astutely pointed out.  And yes, the couple absolutely glowed with bliss.  But I couldn’t escape the feeling that Kate’s life would irrevocably change.  My thoughts lingered over the things she could never do.  She’ll never be able to vote, work, run for office or avoid media scrutiny again.  But hey, maybe she didn’t want to do any of these things anyway.  And yes, she certainly gets a fairy tale wedding with a (possibly) fairy tale life.  But that’s the catch: so many women pin their hopes and dreams on the potential fairy tale.

When I worked in a bookstore, I sometimes worked in our children’s department.  I would browse through the picture books.  Sadly, I could barely find any that could even remotely be considered feminist.  The ones geared towards girls often featured female protagonists as princesses.  Even the ones I loved that are deemed feminist usually had “princess” in the title: The Paper Bag Princess, Do Princesses Wear Hiking Boots?, The Princess Knight.  These books all feature feisty, independent heroines.  Yet they still use the princess paradigm to attract girls.

With crap like “Princess Boot Camp” prepping little girls to watch the Royal Wedding and training them proper posture, how to curtsy and how to pose for photos (um, puke), I can’t help but wonder: what exactly is the message being delivered here?  Are we merely training young girls to grow up and become consorts to men and look pretty?  Many will argue that the Royal Wedding is just a wedding.  Where’s the harm?  But it’s problematic that Kate Middleton is only associated with her fashion sense, weight and relationship, rather than her own identity.  It seems society would rather teach girls to be concerned with their appearance and snagging a man, or at least coming in second to him. 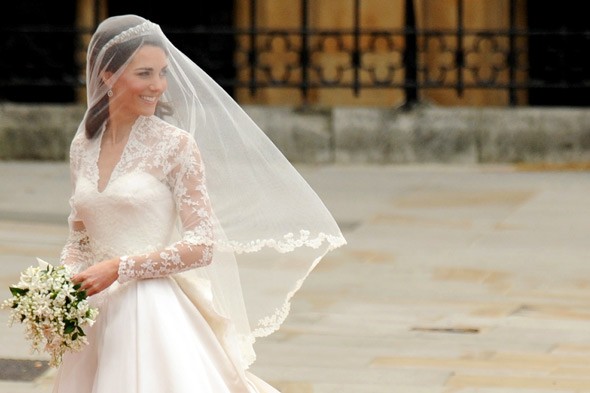 Princess culture has caused an explosion of pink putrescence puking all over clothes, toys, books and TV shows; the rosy hue equating proper femininity for girls.  Journalist Peggy Orenstein writes about the media’s chokehold of princess mania and the sway it holds over girls.  In her latest book Cinderella Ate My Daughter, she writes:

“…The more mainstream media girls consume, the more importance they place on being pretty and sexy.  And a ream of studies shows that teenage girls and college students who hold conventional beliefs about femininity – especially those that emphasize beauty and pleasing behavior – are less ambitious and more likely to be depressed than their peers…even can-do girls can be derailed – and surprisingly quickly – by exposure to stereotypes.”

When young girls grow up, a new princess fantasy creeps into their reality: weddings.  Not getting married per se but the wedding itself.  While I luckily know many women who do care more about their relationship rather than the ceremony, I also know many women who’ve been planning for their wedding practically since birth.  It’s all about the dress, flowers, cake, shoes, bouquet, blah, blah, blah.  A wedding is a celebratory party (oooh I do like parties…) but a marriage is what comes after, two people sharing their lives.  Women are socialized to want to get married and have babies.  But what if you don’t want to get married?  Is something wrong with you?  Or is something wrong with the system that reinforces the notion that all women want to be wed?  Women need to know that they’re not broken, incomplete or unfeminine if they don’t wish to get married.  A wedding won’t save you or rescue you.  Yet that’s the dream often sold in movies and the media.  And the royal wedding equals the apex, like the Wedding Oscars or the Nuptial Super Bowl; the epitome of the princess fairy tale.

Samhita Mukhopadhyay, Executive Editor at Feministing, wrote at The Guardian about the royal wedding and the omission of the word “obey” from Kate Middleton’s vows.  She argues that leaving the offensive word out doesn’t really change things as it doesn’t alter the institution of marriage itself.  Even though Kate is not necessarily representative of a modern woman, the allure for women to become a princess still beckons:

“The royal wedding speaks to deeply held values about love and romance, a real-world fantasy of the princess fairytale that we are force-fed from childhood; one that is so compelling we are able to ignore mass atrocities worldwide as we make it the top story on almost every news source…While many women may not want to be her [Kate Middleton], almost all women have been socialised to want to play princess, despite all the demographic shifts that have made this narrative increasingly imaginary. Traditional marriage is all but dead, with couples either delaying marriage or forgoing it altogether…”

“The allure of the celebrity wedding is that its two-dimensional presentation blithely obliterates all the complicated feelings couples experience. We receive momentary relief from what is often a more treacherous and scary emotional reality with which we contend. We are offered a meticulously managed narrative of courtship, engagement and planning, all leading up to The Big Day. Afterwards, the ravishing couple lives happily every after. Really? Not so much. For anyone. Ever.  The fairy tale entices us away from examining the messiness of our own confusing, daunting and intermittently joyous attempts at being fully present and engaged with another human being.”

Don’t get me wrong, I do love weddings (for realsies).  Not only are they fun celebrations (yay parties!), there’s something beautiful and awe-inspiring about two people committing to one another, building a life together.  But you certainly don’t need a wedding or marriage for that.  While I’m okay with my desire to be unwed, some people act as if it’s something I’m going to change my mind about or like I’m a sad lost soul.  I only want to get married if and when it’s right for me.

When it comes to weddings, we need to balance the fantasy with reality, particularly when the message we send to children perpetuates patriarchal notions of femininity and gender.  Little boys pretend they’re kings or aspire to be president while little girls yearn not to lead like queens, but to be passive princesses.  Girls need to know they don’t have to sit around waiting for Prince Charming to take care of them, sweeping them off their feet.  They can grow up and rescue themselves.

4 thoughts on “Happily Ever After?: The Royal Wedding, Princess Culture & the Fairy Tale Myth”