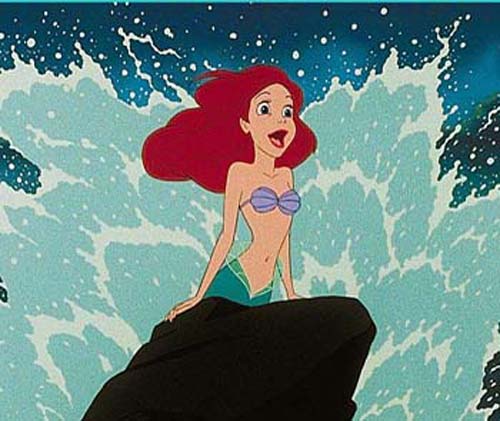 Media affects how we view gender roles and identity. Children learn gender performance through movies, books, and TV. So all this week, and last week too, my fave feminist blog Bitch Flicks is featuring posts analyzing gender and female characters in animated children’s films.

“The traditional gender roles that children are usually immersed in when young remain lurking in their psyches as they mature. Although a boy might not want to become a gun-toting G.I. Joe when he grows up or a girl a mall-hopping Barbie, those gender roles influence how children and adults construct their identities, even if they choose to question or reject such stereotyped roles.”

Actor Geena Davis founded the Geena Davis Institute on Gender and Media in order to change female portrayals in film and combat gender stereotypes. She said:

“Kids need to see entertainment where females are valued as much as males.”

Commercials for baby dolls, Barbies and Easy Bake Ovens foster homemaking and building relationships…and only show girls in their ads. Toy guns, sports and superhero costumes, prepping competition and aggression, only feature boys. Family films exhibit a gender disparity as only 29% of speaking roles belonged to female characters in the top grossing films within the past few years. Out of Disney’s 51 animated movies, only 12 feature a lead female character. A gender bias also exists in children’s books as only 31% of books (out of 6,000 published from 1900-2000) have human or animal female protagonists. With a lack of female characters, films and books imply that girls and women don’t count.

Media matters. We need to question what we consume. We should praise films with strong female characters, where women are valued for their intelligence and kindness, not their sexualized looks, and whose lives don’t revolve around men. And we should call out shitty films which spread sexism. That’s a step towards eradicating bullshit gender stereotypes and embracing a society that values women/girls and men/boys equally.

Be on the lookout for my upcoming post where I argue that despite its intelligent heroine, beauty obsession and abusive relationships taint Disney’s Beauty and the Beast.

Read all of Bitch Flicks’ posts on gender and feminism in the Animated Children’s Films Series!