As a domestic violence survivor, I don’t appreciate the media appropriating my (or anyone else’s) pain. There’s nothing beautiful about these images. They’re horrifying. Real women endure abuse at the hands of their partners. But rather than glorify or exploit violent images, make-up artist Lauren Luke uses beauty and cosmetics in a compelling new domestic violence PSA.

Luke teamed up with Refuge, a UK organization for women and children against domestic violence. In the video, Luke covers her face in faux bruises and cuts and then shows women how to cover it up — all in an effort to shed light on the issue of domestic violence.

As part of the “Don’t Cover It Up” campaign, Luke gives tips for using foundation to hide black eyes from a clenched fist, concealer to cover up cuts from being hit with watches or rings, and using scarves to disguise bruises around the neck from choking. As Refuge states:

“Lauren’s cuts, bruises and fear are fictitious. But for thousands of women this is the reality of their everyday lives.”

The video is a mere 109 seconds. Yet it made me weep uncontrollably.

As a domestic violence survivor, it triggered traumatic, haunting memories. While neither of my abusive exes ever marked my face, choosing to punch me in the stomach and kick me instead, it conjured the memory of my partner choking me. I can still remember his fingers gripping my throat, clenching. In those brief moments, I was unsure if I was going to survive.

I hid my pain for a long time, as do many survivors. It took me many years before I could speak about my abuse openly. I finally realized that I had no reason to hide, no reason to feel shame. I had done nothing wrong. I hope Refuge and Luke’s PSA makes people realize just how many women disguise and hide their pain.

Last month, the White House also released a new PSA on dating violence geared towards young men, spearheaded by Vice President Joe Biden (love him!!), a long-time champion of women’s rights, who introduced VAWA back in 1990, a vocal opponent of violence against women. The White House PSA includes President Obama, VP Biden and athletes like David Beckham addressing dating violence, contending “1 Is 2 Many” when it comes to abuse.

I hate to criticize it because I appreciate any attention paid to domestic violence and dating abuse. But it starts off so contrived, reminding me of an after-school special. However, poignant moments emerge. VP Biden says, “The worst abuse of power is when a man raises his hand to hurt a woman.” Former Yankees and Dodgers manager Joe Torre reveals the fear and shame he felt when his father abused his mother, reminding us “domestic violence hurts all of us.”

Society teaches us men are assertive, having uncontrollable urges — that “boys will be boys” — and women are passive, their sexuality something to control. So I appreciate a video tailored towards men, since women’s behavior is too often questioned and policed. Men rarely face the same scrutiny.

When we talk about domestic violence, we talk about women’s behavior. What they did, if they should leave, how they should leave, how they can heal and reconstruct their lives. But we rarely discuss perpetrators’ actions and responsibility. We should never ask why a woman didn’t leave her partner. Or ask she did to provoke him. What we should be asking is why someone abused their partner.

So it’s fantastic to see a PSA geared towards men. We need male allies speaking out against sexism, domestic violence, rape and sexual assault.

The “Don’t Cover It Up” PSA is more shocking and startling, eliciting a visceral response. But the two have different purposes and different audiences. “Don’t Cover It Up” addresses women as domestic violence survivors while “1 Is 2 Many” addresses men to not abuse their date/partner and to speak up if they see abuse. Both tackle the subject through gender cues, using hyper-masculinity (sports) and hyper-femininity (cosmetics) to speak to their audiences.

But I have to admit it felt odd no women were in the “1 Is 2 Many” video. As so many survivors are stifled, blamed and not believed, I worry their voices will be silenced or forgotten. But NWLC’s D’Laney Gielow asserts, “If men hear anti-violence messages from other men, however, they are often more apt to accept and internalize those messages.”

By addressing survivors’ trauma and coping mechanisms, abuse perpetrators, and allies speaking out against abuse — these two PSAs work even better when viewed together. They exist separately yet as two sides of the same coin.

I wish the PSAs hadn’t reinforced heteronormativity and had addressed abuse amongst same sex couples. And I wish both PSAs recognized that domestic violence goes beyond physical abuse as perpetrators can exact psychological, financial and emotional abuse too. But despite any flaws or missteps, these PSAs are huge start.

If either video gets one person to leave their abusive relationship, if one person to reach out to an abused friend or family member, if they increase dialogue around domestic violence, if one person realizes they are not alone — then they succeed.

We need to talk about domestic violence. We’ve got to stop ignoring it, assuming it’s merely a problem between couples. We must urge our legislators to pass legislation including reauthorizing VAWA. Shelters need more funding for housing, legal services, childcare, and transportation. Too many survivors stay in abusive relationships for they lack the money or support to leave.

Survivors shouldn’t have to hide or cover up their pain. They have done nothing wrong. Abusers should feel shame, not survivors. Hopefully, these two PSAs raise awareness, increase dialogue and shift society’s perception of abuse.

Domestic violence doesn’t just impact two people in a relationship. It’s an insidious epidemic that affects us all. 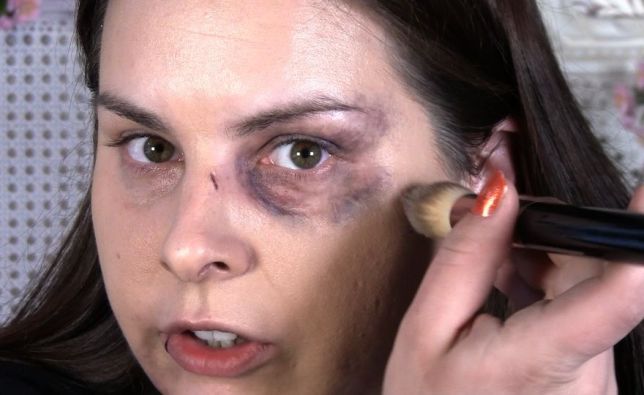