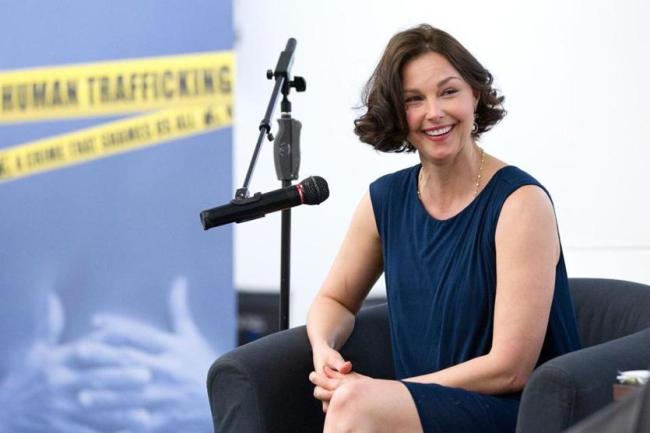 After media speculation over her allegedly “puffy face” caused a “viral media frenzy,” actor Ashley Judd decided to speak out against the media’s misogynistic accusations. Beyond her career as an actor, Judd is a humanitarian and philanthropist, a global ambassador for YouthAIDS and a Harvard graduate. The feminist activist — who dialogues about rape culture and proudly supports reproductive justice — confronted sexism, patriarchy and the media’s incessant scrutiny of women’s faces and bodies. In Judd’s must-read post for The Daily Beast, she writes:

“The Conversation about women’s bodies exists largely outside of us, while it is also directed at (and marketed to) us, and used to define and control us. The Conversation about women happens everywhere, publicly and privately. We are described and detailed, our faces and bodies analyzed and picked apart, our worth ascertained and ascribed based on the reduction of personhood to simple physical objectification. Our voices, our personhood, our potential, and our accomplishments are regularly minimized and muted.”

Love, love, LOVE this!! I mean, who the hell cares if an actor has gained weight?? Judd shouldn’t have to justify or defend her appearance. The media needs to cease the destructive commentaries and obsessive deconstruction of women’s bodies, debating whether or not a celeb has gained weight or had plastic surgery. And don’t even get me started on those god awful “baby bump patrols” in the tabloids. Bleh.

Controlling women’s bodies consumes our sexist and ageist society. Women obsess over their appearance because they see unhealthy and unrealistic depictions of female actors and models in film, TV, magazines and on billboards. Photoshopped faces and bodies saturate the media, creating unattainable images of beauty. We’re supposed to wax and tweeze body hair, slather on age-defying creams, diet and exercise curves into submission. Between diet books, exercise DVDs, weight loss shakes, low-fat foods – the dieting industry is a money-making juggernaut. And it’s geared towards women. On the flip side, the media chastises women for being too bony or thin. The media constantly dissects, critiques and polices women’s bodies.

In her Daily Beast article, Judd also succinctly defines patriarchy, reminding us that men aren’t the sole perpetrators of sexism. Women are too:

“That women are joining in the ongoing disassembling of my appearance is salient. Patriarchy is not men. Patriarchy is a system in which both women and men participate. It privileges, inter alia, the interests of boys and men over the bodily integrity, autonomy, and dignity of girls and women. It is subtle, insidious, and never more dangerous than when women passionately deny that they themselves are engaging in it.”

Judd couldn’t be more spot on. Patriarchy puts the needs of white men and boys first. Patriarchy silences and constrains women and girls yet makes them culprits in policing other women’s bodies and behavior. Women need to stop tearing down other women.

It’s interesting Judd’s patriarchy media manifesto comes out right after some asshole critics deemed Jennifer Lawrence’s body too fat, too curvy and not emaciated enough to play Hunger Games’ Katniss from the starving and impoverished District 12.

The NY Times’ Mahnola Dargis claimed “her seductive, womanly figure makes a bad fit for a dystopian fantasy about a people starved into submission,”Hollywood Reporter’s Todd McCarthy commented on her “lingering baby fat,” Hollywood Elsewhere’s Jeffrey Wells accuses Lawrence of being “big-boned” and “seems too big for Hutcherson” as male romantic partners should at least be as tall as their female counterparts (I shit you not).

Thankfully, others like Melissa Silverstein at Women and Hollywood, Slate’s L.V. Anderson, LA Times’ Alexandra Le Tellier, LA Times’ Patrick Goldstein, as well as many others have called out this bullshit bodysnarking. Jennifer Lawrence, who chose not to diet for the role (good for her), has also apparently laughed off the media’s criticism of her body.

And of course there’s been an onslaught of racist commentary surrounding Rue. Her character’s innocence and purity and the audience’s ability to empathize with her apparently went out the window the minute racist filmgoers saw a black girl.

Sophia Savage for Thompson on Hollywood points out that audiences called Kate Winslet “too fat” for the 3-D rerelease of Titanic. Winslet “responded that she’s now thinner than co-star Leonardo DiCaprio.” Winslet has spoken out about her weight and body image before, particularly her disdain for magazines’ overzealous photoshopping to make her look unrealistically thin. And I remember when Titanic originally premiered in 1997, audiences and film critics taunted Winslet’s weight. Clearly some things don’t change. Sigh.

But cruel commentary on women’s appearances isn’t just reserved for those in Hollywood. And not everyone can just shrug off the media’s mockery. Conservative pundits Glenn Beck and Laura Ingraham as well as others in the media have skewered columnist and blogger Meghan McCain for her weight and appearance. McCain said that it’s as if “all women in the media should lose a bunch of weight if they want to go on television to talk about anything.” She admitted she’s seen a therapist because of the media’s “really weird reaction” to her body. Omg I don’t blame her…I freak out when someone doesn’t like one of my blog posts! And of course I’ll never forget the horrific misogynistic dissection of both Hillary Clinton and Sarah Palin (their clothes, hair, bodies, faces, sexiness) during the 2008 presidential election.

We don’t see this level of relentless scrutiny and bodysnarking of male bodies. Women and girls are continually held up to unattainable toxic beauty standards, punished and criticized if they transgress these warped norms. A positive body image eludes many of us as a result. We can be anything we dream of, so long as we’re thin and sexy…and of course “sexy” means white women with long-flowing hair. Society continually places importance on womens’ and girls’ appearances over their merit and intellect, reducing us to sex objects. The media tells us our value and self-worth reside in our beauty.

We’re teaching future generations to wage war with their bodies. Nearly half of all 3- to 6-year-old girls worry about being fat and “eating disorders having risen steadily in children and teens over the last few decades.” According to the documentary Miss Representation, the average age of plastic surgery is 17 years old. Girls internalize self-hatred. They grow up thinking they must alter and transform their appearance in order to achieve acceptance and happiness.

Having met Ashley Judd on a few occasions, I can say she is every bit as impassioned in person as she appears in-print or on-screen. We need more celebs — like Judd, Geena Davis, Kerry Washington, Martha Plimpton, Margaret Cho, Jennifer Siebel Newsom, Roseanne Barr — who are outspoken staunch feminists, unafraid to call out sexist bullshit. We all need to challenge the media’s misogynistic attacks on women’s bodies.